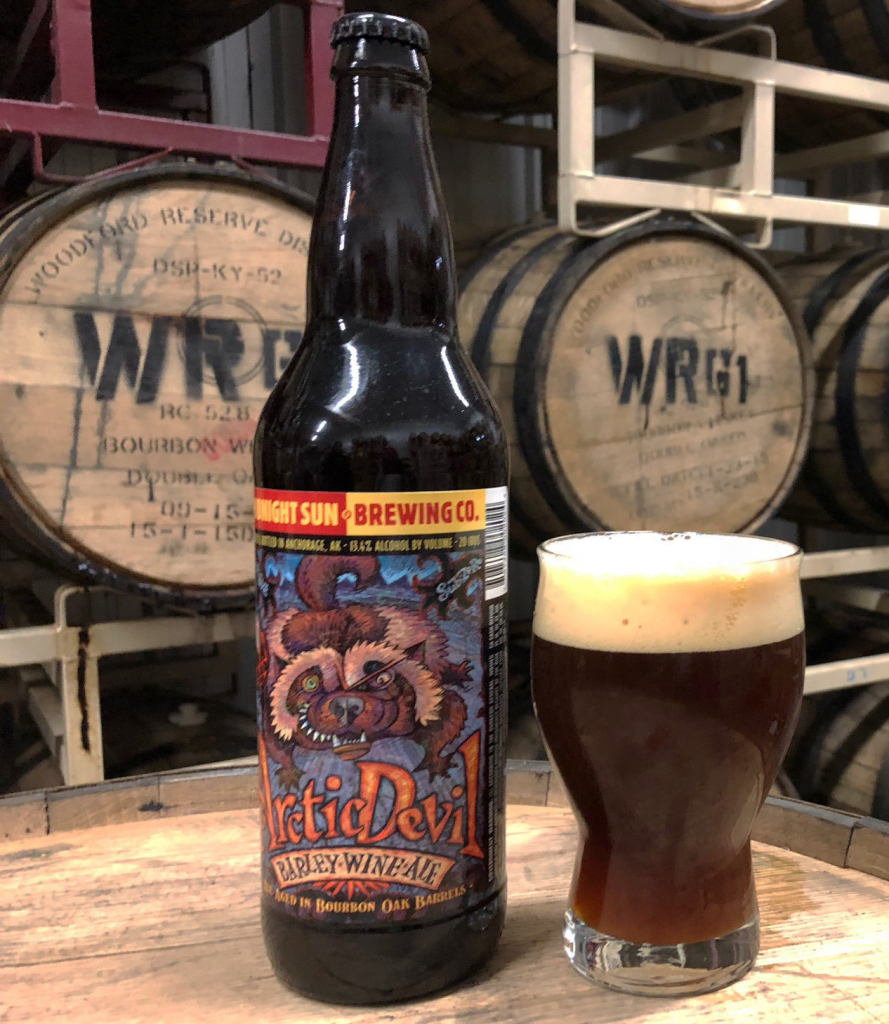 Other: Aging in Am. Oak barrels

Arctic Devil Barley Wine, aptly named after the ferocious wolverine of the north, is an English-style (meaning malt-inclined) barley wine. This strong ale is brewed once each year then aged in oak barrels for
several months before the entire batch is blended, bottled and released in the fall.

Each annual batch of Arctic Devil Barley Wine represents the brewers’ resolve to create an intriguing and sought-after barley wine by precisely brewing to well-designed specifications, carefully selecting the type and combination of barrels to use for aging, and meticulously checking the beer as it ages. Distinct nuances and complexity are contributed by the wood, resulting in wonderful flavors that continue to change over time.

We invite you to savor Alaska’s most awarded barley wine upon its release and cellar some for future enjoyment.

Click here to learn where to purchase Midnight Sun beers